We stopped at Jumpin’ Jack’s Drive-In for lunch today.  Think the 1950’s.  I had a hot dog and a chocolate milk shake.  New York Bruce had fried dough.  In México, they call fried dough a sopapilla.  Don’t you think a sopapilla sounds more appetizing? What’s with these New Yorkers? 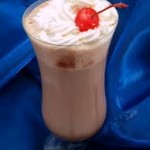 We’re obsessing about food.  Here’s how it started with me. Suellen’s a great cook.  She’s also a very healthy cook.  She also eats ladylike portions.  Her eating motto might be: That which doesn’t fill me makes me stronger. So when I started working out with Alison and eating right with Suellen, I lost 22 pounds — dropping from 200 to 178.  Then Alison told me I was too skinny. I wouldn’t be able to consume enough calories on a long road trip so I needed a little fat in reserve.  Alison suggested that I gain ten pounds.  So what do you eat to gain ten pounds when you’re also working out hard every day?

That started a long research project for the “perfect” foods to eat before, during, and after exercising.  I was particularly worried about recovering after each day’s ride.  I knew I could do any one day of the ride but I didn’t know if I could do all of them in succession. I’ll cut  very long story short here.  The best pre-exercise meal is a peanut butter and jelly 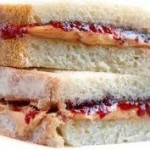 sandwich on wheat bread.  It gives you complex carbohydrates, protein, fat, and a little sugar.  The best food during exercise is fruit — especially apples. Fruits give you carbs that you can burn immediately.   The best recovery food is chocolate milk. Actually, I prefer chocolate milk shakes.  They give you protein and carbs in a nice mix. Additionally, dark chocolate and ice cream are always appropriate. So I took Alison’s advice, ate a lot, and started the trip at 188 pounds. I also became obsessive about food — just like everyone else on this trip. 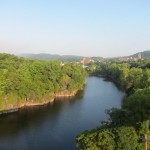 When we weren’t obsessing about food today, we had a very pretty ride from Little Falls to Latham.  Little Falls lies in a very attractive valley with rivers all around.  We’re still in Leatherstocking country — it’s heavily forested, green and hilly and cut by numerous rivers.  We started in thick fog that made everything and everyone look spooky.  Then we biked through towns with names like Amsterdam and Rotterdam. Jan Cheese must have been here.  For most of the day, we were in rolling hills — up/down, up/down, up/down. You gain altitude only to lose it again.  Though we

cranked along fairly quickly, the up & down routine started to wear a little thin by the afternoon.  By the time we got to Latham, I needed two chocolate shakes to start recovering. Is that obsessive?