This was pretty much a perfect day as we breezed along the country roads of very rural Ontario.  This was a short day — only 68 miles — so we slept late and departed at 8:30 (or 08:30 as Cap’n Blythe would say).  We then tooled along roads that seemed more like country lanes than major thoroughfares.  With only one SAG stop along the way, many of our riders finished by early afternoon.

Local farmers are selling a variety of fruits and vegetables from road side stands.  We’ve 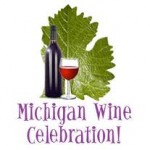 stopped to buy fresh cherries and blueberries.  We also like the home made pies we find along the way.  A few days ago in Michigan, my friend and former colleague, Vicki Griffith, came to visit me and brought a bagful of presents from Michigan.  (Vicki is a big Michigan booster).  What surprised me most was the Michigan wine — it’s on par with most Sonoma wines though maybe not yet up to Napa standards.  It disappeared quickly. Though the wine was good, even better were the dried cherries and blueberries.  They seem like perfect food for a long bike trip and I eat a few handsful every morning. I’m on the lookout for more in Ontario.

So now we’re in Brantford, nicknamed The Telephone City.  It was here in 1876 that 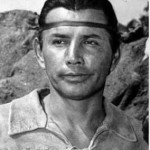 Alexander Graham Bell — then a resident of the town — made the first “long distance” phone call to another city.  The call went all the way to Paris — Ontario, not France.  This is also the hometown of Wayne Gretzky, who became famous by marrying the actress Janet Jones.  Of more international importance, however, Brantford is the hometown of Jay Silverheels — better known as Tonto in the Lone Ranger TV series.  All of which reminds me of my favorite Lone Ranger joke:

The Lone Ranger and Tonto are camped under the stars one night.

Lone Ranger: “Tonto, isn’t it beautiful to see the stars and the moon above us?”
Tonto: “Mmmmm…. do you know what this means kemosabe?
LR: “No, Tonto, what does it mean?”
Tonto: “Someone stole the tent.”